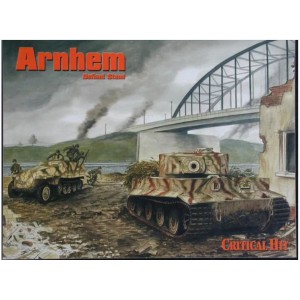 The Battle of Arnhem in super detail, with a building by building map with big hexes (you can put a bunch of counters in each one).

The tank counters are 3/4" across - the largest AFV counter of any tactical-level system on the market. The personnel counters are 5/8" each.

Mostly a two or four-player game - it seems to play very quickly. There is a Basic Game included that explains all of the rules in a simple format. It takes about a half hour to get comfortable with tanks, infantry and terrain and start really playing. Very solid and extremely nice production values.