首頁 » Lion of the North 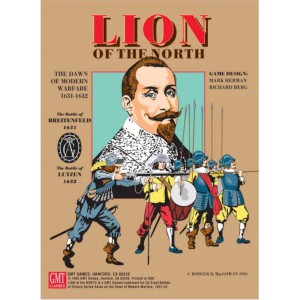 Lion of the North

The war for minds and souls had been raging for ten destructive years when the vaunted, virtually undefeated Catholic army of the Hapsburg emperor and his allied German states looked across the gentle valley of Breitenfeld directly into the blinding rays of the dawn of modern warfare. By the end of the day, Tilly's lumbering army lay smashed beyond redemption, the victim of rapid-firing artillery, fast-moving infantry and hard-charging cavalry. The prediction had come true: Breitenfeld signaled the ascendancy of Gustavus II Adolphus, King of Sweden, the Lion of the North.

Lion of the North is the third volume in GMT's heralded Great Battles of History (GBoH) Series. The Thirty Years' War signaled the dawn of modern warfare ... a return to the supremacy of linear tactics, drill and discipline, to what some historians call "the return of the legion." Lion of the North represents two of the most famous battles of that period: