首頁 » The Battle of Marathon 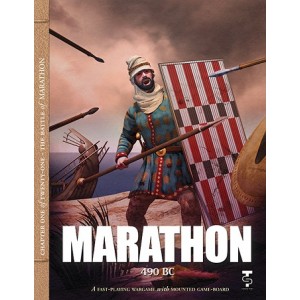 The Battle of Marathon

The Battle of Marathon is most times a battle remembered by a race? Or was it the single most important battle in Western Civilization?

Sir Edward himself had wrote, "A battle that not merely settled the fate of two armies, but the whole future progress of human civilization." John Stuart Mill said Marathon, “Was more important than the Battle of Hastings, even as an event in English history.”

The Battle of Marathon took place where, oddly enough, two armies confronted each other for FIVE days with almost no fighting, and Athenian democracy was put to the test as the Greek forces debated (and voted) whether or not to attack the Persians.

As to the battle itself, numbers are uncertain but we know the Greeks were heavily outnumbered. We know also that the two armies’ fighting style and equipment were near opposites, with Greeks depending on shields, armor, and close-quarter fighting and Persians depending on missile weapons and skirmishing. It seems pretty clear that the Greek army ran (or advanced at speed) as soon as they got within bow range, to reduce the time they would endure arrows without being able to retaliate.

At under two hours of play time, you can make your own explorations into this battle without scheduling “marathon game sessions” in order to play. With a mounted, full color 11” x 17” map and just over 175 unit counters, you’ll be able to try various strategies and see what differences you can make on the outcome. Units activate by chit-pull per formations and combat includes both melee and ranged fire. Leadership and morale matter (in several ways) and combat results use step reduction and several levels of unit deterioration.

The game offers a historical set-up scenario plus variants for both set up and reinforcements. With the variants, it’s possible that the Spartans may finally show up to the battle!