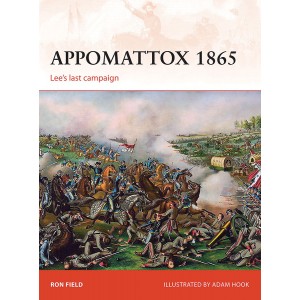 From an internationally renowned expert on US history, this highly illustrated title details the curtain-closing campaign of the American Civil War in the East. Ulysses S Grant's Army of the Potomac and Robert E Lee's Army of Northern Virginia faced up to one another one last time, resulting in Lee conducting a desperate series of withdrawals and retreats down the line of the Richmond and Danville Railroad, hoping to join forces with General Joseph E. Johnston's Army of Tennessee. This book, with informative full-colour illustrations and maps, tells the full story of the skirmishes and pursuits that led directly to Lee's surrender, as his frantic efforts to extricate his forces from ever more perilous positions became increasingly untenable.