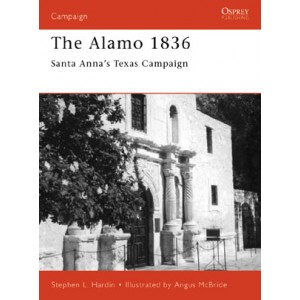 On the morning of 6 March 1836 around 1,100 Mexican soldiers under Generalissimo Santa Anna stormed a small mission outside San Antonio, Texas, and slaughtered the garrison of around 200 Texans. It was not a large battle but its significance vastly outweighed its size for the name of the mission was the Alamo. Less than two months later Santa Anna's force was smashed at San Jacinto by a volunteer army whose battle cry was Remember the Alamo. Stephen L Hardin details the climactic 1836 campaign which won Texas her independence.