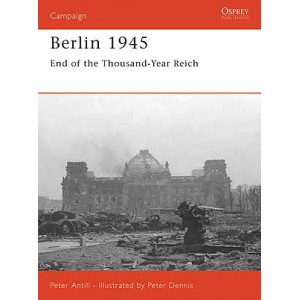 Hitler's Third Reich was on the brink of total ruin in mid-April 1945, and the Red Army was poised less than 60 miles to the east and ready to seize the German capital. Peter Antill describes the events in this engaging history, examining the Soviets' march towards Berlin and the Germans' final resistance. This book, supplemented with a host of maps and illustrations, provides a vivid portrayal of the death throes of the Third Reich and the end of the war in Europe, exploring the strategy of both sides and the tactics of impromptu urban warfare.