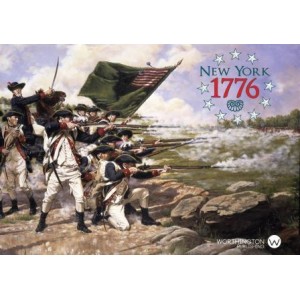 The New York 1776 campaign of the American Revolution pitted a newly formed American army, comprised of Continentals and militia, facing a large, highly disciplined British army that included a significant number of Hessian soldiers. This campaign involved the largest number of troops of the war. Can you, as the British player, defeat the American army and end their revolution in its infancy? Or as the American player can you, like Washington, defend your country while avoiding disaster? The decisions are yours